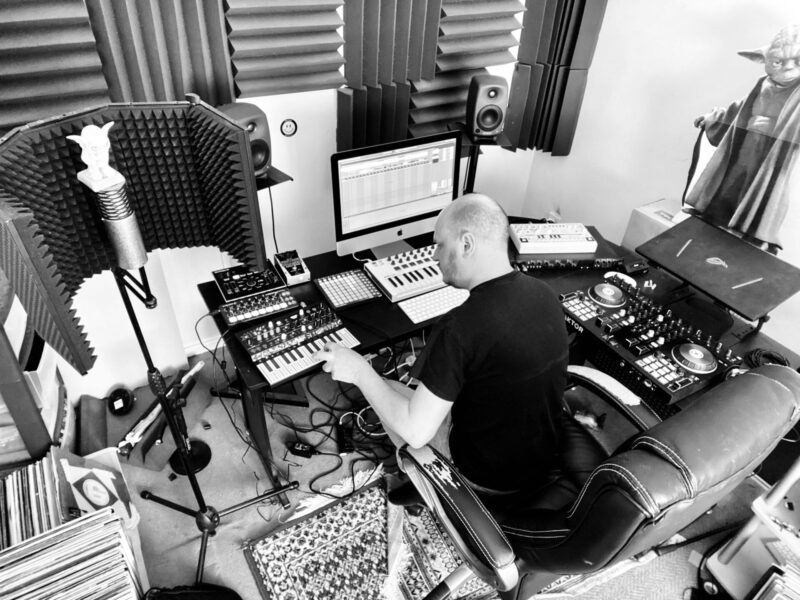 Please tell our readers a little bit about your background

My name Paul McGuinness I’m a DJ/Producer from Liverpool UK. I mainly produce house and techno or something In the middle. But don’t get that twisted as a tech house sound.. House Music’s answer to generic lift music.. (I’m actually surprised it’s not on a loop in shops like pound land to be honest!) And as you know being a moderator for TWTMEGP, it’s my sworn nemesis!

Anyways I digress (it’s generally what I do). Growing up and clubbing around Liverpool in the 90’s, I was more drawn towards the darker sounds of Cream especially when DJs like Andy Weatherall and Justin Robertson came to play which where some of the best times of my life. What a loss Andy is to the world of electronic music.

I’m a scouser at heart but always have a special place for Manchester and it’s sublime record shops Eastern Bloc, Piccadilly and of course Vinyl Exchange. So learning to beat mix on awful belt drive decks was absolute torture for me for years (being two sheets to the wind every weekend didn’t help my mixing techniques though but I was young and adventurous..well kind of!)

Finally getting a set of technics 1200 in about 97/98 was truly a landmark moment and I got much better as a DJ and was involved in a few nights in and around Liverpool doing pre-parties for events like Circus and Chibuku Shake Shake as well as our own nights.. We played a deep house (and old tech) sound then with labels like Pagan and Classic Music in our bags!

My first taste of production didn’t come along until about 98/99 when I obtained a copy of acid, reason, sound forge all forcefully being processed on a PC that would burn up sending an email now.

The years rolled on and I was regularly Djing around the UK carrying my own body weight in vinyl on trains and buses (just like Depeche Mode did with their synths in shopping trolleys travelling to top of the pops just saying!) In about 2004 I got chatting to Aaron Carl (from Detroit) this was a pure chance online meeting on a radio show I had done a few vinyl mixes for and he knew a friend of mine from Liverpool. So we starting about music life etc etc and I told him how much I loved his track “Down” which I recently bought on Metroplex.. I gave him our (myself Dave Coates and Paul Bugby’s) two new tracks under our new and slightly bizarre name Inbetween DJs which he then signed to his vinyl label Wallshaker Music. Inbetween DJs – Animal Jazz Vol 1 complete with a remix from the man himself was our very first release. To say I was excited was a fucking understatement. Amazing memories of seeing my name on a piece of vinyl coming through my door.. pre come (sorry I lowered the tone there again this is something I excel at on occasions) We had about 4 or 5 other vinyl and digital releases until about 2010 and Aaron sadly passed away such a sad time for everyone including his family.

We continued to produce under this name for a few years and had mainly digital releases out on labels like 3am Recordings Leeds and Fragile Music Newcastle of which we had some great parties with too but decided to lay it to rest. In about 2011, myself and Dave Coates then started Minus Five Wolves with a plan to involve more singers and musicians which we did on our single “In Deep Thoughts” featuring Laura J Mackennna which got some great attention from DJs like Kenny Hawkes, Ralph Lawson, Krysko, Luke Solomon amongst others, we where genuinely surprised seeing the track plays rise up into the thousands on soundcloud.

Cut to 2014 (I know this a long read btw) myself and Alexsandra Kotlewska (aka Olaa) started No Monsters Music which is a digital label and features tracks from ourselves and other up and coming producers mainly of the house and techno kind..oh yeah I’m now called Dogstare I forgot to mention that bit! So go and find our label on beatport, bandcamp, traxsource, Juno digital etc etc.

What is your favorite piece of hardware gear to work with and why?

I was mainly an Ableton guy(what is that exactly) up until a few years ago but now I’m slowly adding bits of hardware to my ever growing set up. At the moment I’m loving the Microfreak by Arturia it’s a splendid little box of tricks that you can man handle(phooaww) until your hearts content. On it’s own it’s a little beast but adding other synths to it makes it even more sexy!

Is there a specific VST plugin that radically changed your workflow?

VST…well I still use the Soundtoys stuff like Filterfreak and Decapitator I’m just getting into REPRO-1 as well that’s actually superb and user friendly.

Do you have a specific workflow when it comes to creating tracks. For instance, do you start with a beat or with a melody?

I’d say I don’t really plan any studio sessions really apart from recording vocalists or any musicians I’m working with unfortunately even production can become a chore which is absolutely true.

Which aspect of music production do you feel you excel at?

I’m not sure I really “excel”(oh he’s modest eh) at anything I’m mainly an ideas man who can use ableton pretty well(and have an ear for a good track) to try and get what’s in my head out into the box! Ps..I hate mixdowns!

Your best advice to get that kick drum pounding?

This is an absolute ballache for me and every producer I know, sample a decent kick off vinyl or just use an already processed one! Failing that mess with it until you go fucking bonkers and swear at your DAW system! 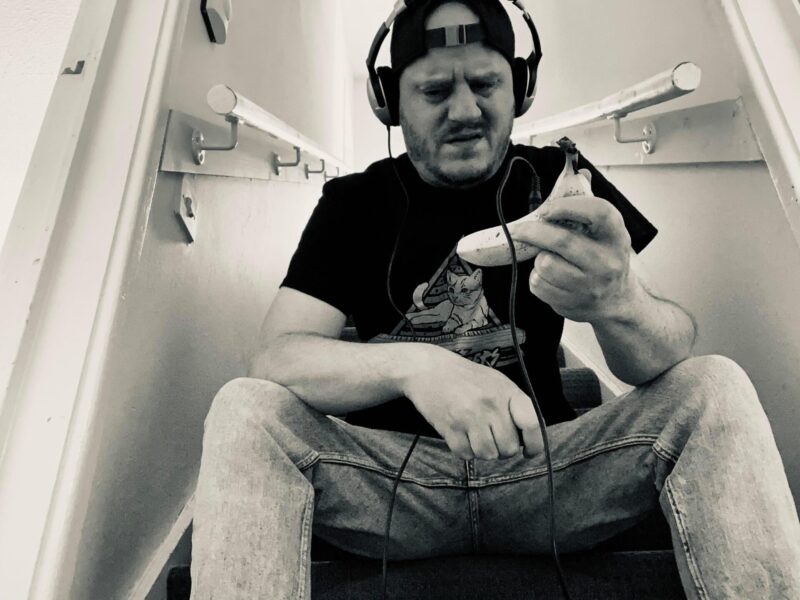 Out of all the productions you have made, what would be your personal favorite?

Getting our first Ep out on wax was amazing back in 2005 and seeing it get decent reviews in credible magazines was the stuff dreams are made of! Having said that I was part of a collective really and didn’t have too much hands on in that sense production wise. For me personally creating my own guise in ‘Dogstare’ and having releases under my name was really rewarding. I think the track I love the most so far I’ve done is called “Stop Arpin On” which was released on our label “No Monsters Music” it got loads of great feedback and even a play from Cristian Valera and still gets plays now and I get asked about a vinyl release!

What is the best advice you have for other producers in the game?

I think the best advice I can give is enjoy it don’t take it too seriously it’s meant to me fun ffs! By all means be ambitious but just don’t be a dick and stop spamming people with a link and no message it’s like lighting a piece of paper with dog shit underneath it, then some unsuspecting innocent bi stander steps on it! Build relationships with other like minded creative types.

This is the dangerous part for me. I have a lot to say in general (see above) but the way things are at this moment in time in the industry with ego maniacs and fake entities running the show via social media (don’t get me wrong, it’s really useful for many lovely and wonderful things) but it can also make and break careers. Originality is sadly missing still. Produce something different and most of all make it yours not done by a fucking ghost producer… And stop pandering to the so called big guns they are just human beings after all! Oh and I have two new acid tracks (which I cleverly done with a 303) coming out on our No Monsters Music label soon. Will spam you all with details (joking).

I’ve got a few links all over the place so here they are and thanks for reading on if you lasted this long… You’ll go far (sounds like a shit 80s Oxo advert!)