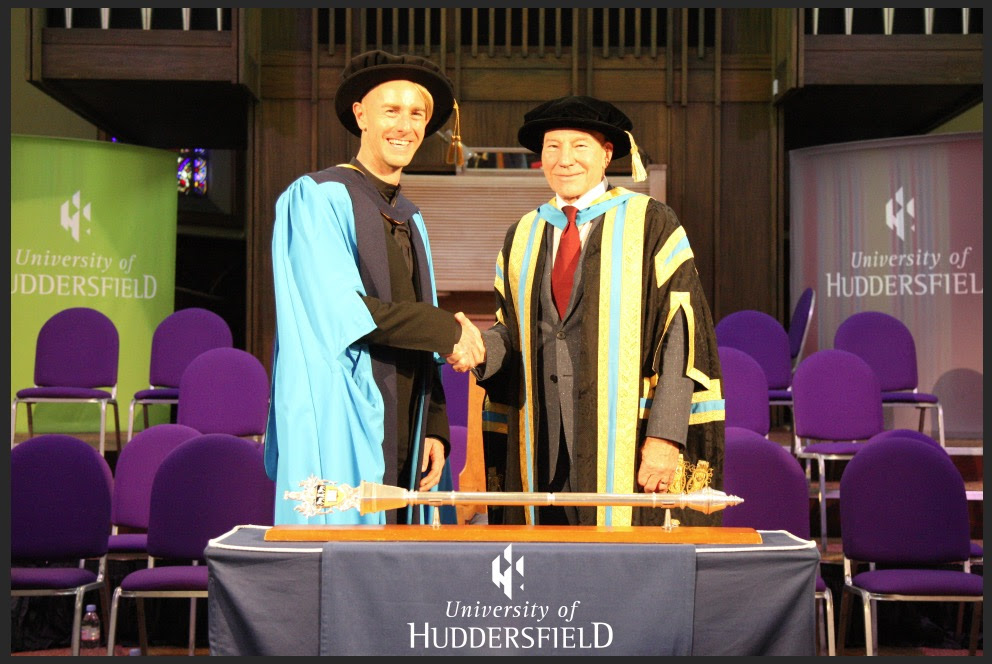 Applications for the scholarship are now open!

A PhD Scholarship in the name of electronic musician, DJ and techno pioneer Richie Hawtin, aka Plastikman, has now been unveiled at the University of Huddersfield. Applications for the scholarship, titled The Richie Hawtin PhD Scholarship in Electronic Music, Cultures and Production, are now being taken up until 10th February to start in September 2023. The winning applicant will be selected by the university with guidance from Richie Hawtin, who will also offer tutorial support throughout the scholarship. “There is huge scope for research within this PhD,” says Professor Rupert Till, the University’s Head of Department of Music and Design Arts, and an acclaimed musician in his own right under the name Professor Chill. “It could be anything within music such as electronic music, dance music, club music, DJ culture or even around composition or analysis.” “Richie has set up his own labels; technology companies; an investment fund; a sake brand; has run a residency in Ibiza; and written many genre-defining albums. This is a wonderful opportunity to tap into his knowledge and experience.” The University has deep links with Richie, starting when the British-Canadian artist was the subject of a PhD around a decade ago. Since receiving his honorary doctorate, Richie has visited to give masterclasses and one-to-one sessions with students where he has offered advice on their music. Speaking about the PhD Scholarship, Richie Hawtin comments: “I’m honoured to continue my relationship with the University of Huddersfield and participate in their PhD Scholarship program. My hope is to offer my experience and insight into the many areas of Techno culture which I’ve been involved in over the past thirty years. To assist in a student’s exploration of the past and inner workings of our industry and help them offer new critical analysis from a contemporary perspective.”

The University features more than 20 different recording and production studios, all equipped with top-of-the-line hardware, software and plug-ins, and there is an impressive collection of industry- leading microphones and recording equipment. It’s music department is ranked 5th in the UK for music research and is ranked 25th in the QS World University Subject Rankings. Although the successful candidate would usually be expected to be based in Huddersfield, the University also has a distance learning PhD route. It also offers degree and masters courses in creative music production. The successful candidate will work within the Popular Music Studies Research Group (PMSRG), which is part of the Centre for Research in Music and its Technologies (CRMT). The PMSRG is a hub for practice-based, practice-led and text-based research around popular music. It has hosted a string of international research events including the Ambient @ 40 symposium in 2018 and the industry-focused Creative Sampling, Sound Design, Artificial Intelligence in Mixing Day in 2022. The successful candidate can expect:

Full details at: https://research.hud.ac.uk/research- degrees/researchscholarships/schoolofartsandhumanitiesscholarships/richie-hawtin- scholarship/ Additional information: https://research.hud.ac.uk/music/ To apply: https://www.hud.ac.uk/postgraduate/how-to-apply/ Closing date: 10th February 2023 Applications should be accompanied by a proposal outlining the project, samples of written work, examples of creative production work or other products relevant to the scope of the scholarship. Please indicate clearly on the online application form that you are applying for The Richie Hawtin PhD Scholarship in Electronic Music, Cultures and Production. Today’s announcement signals the next phase in Richie Hawtin’s dedication to music education. Also unveiled last week, he announced his forthcoming U.S tour. The From Our Minds – To Be Announced 2023 tour is the next evolutionary step in Richie Hawtin’s lifelong commitment to support the development of the electronic music scene. On March 10th, this unique eight-date tour will begin in the birthplace of techno, Detroit, before rolling out to a series of North American warehouses. With a mission to develop and increase awareness of the younger generation, the tour showcases a diverse group of North American underground artists moving the ideals of ‘90s techno forward in their own unique ways. The From Our Minds – To Be Announced 2023 tour sees him return to the U.S after hitting the road in 2012 and 2015 as part of the U.S CNTRL Tours, where Richie hosted lectures and workshops on techno by day, and experiential learning sessions on the dancefloor of each venue by night. Enquiries:

About Richie Hawtin: Richie Hawtin aka Plastikman is a genuine original. His critical acclaim spans the creative realm of the fine art community to the technological vanguard. As a performing artist, he is constantly pushing conceptual frontiers, moving things forward, welcoming as many as he can to ideas and experiences that would have seemed pure science fiction when he began his career as a DJ and producer in the emerging techno scene in Detroit. Hawtin is British-born and Canadian-raised. He is the business mind behind the labels Plus 8, MINUS Records and now From Our Minds. And, of course, he is Plastikman, perhaps that most of all, electronic musician par excellence, maintaining an underground agenda of avant-garde electronica over six albums. The New York Times called him “one of the electronic dance world’s intellectual forces,”. However, it’s plaudits from other areas that showcase the breadth of Hawtin’s appeal. Raf Simons, Co-Creative Director at Prada, says he listens “to Richie Hawtin’s music like others listen to classical music”, calling him “the Kraftwerk of today”.

In 2013 Simons asked Hawtin to put on a special performance at the Guggenheim, New York’s iconic art museum, this pushed Hawtin to complete his last Plastikman album “EX”. In 2020/2021, during the pandemic, he composed original runway soundtracks for Raf & Miuccia Prada’s first ever seasonal online fashion shows. In technology, it was Hawtin who led the shift from physical to digital DJing through the creation of Final Scratch and his own blistering DJ performances; he was a co-founder of the pioneering Beatport digital store; is the head of his own music-technology fund Plus 8 Equities (investors in Endel, Landr, Splice, Subpac and others); and now with his own PLAYdifferently company for innovative DJ and performance technologies.

The University annually enrols over 19,000 students to a campus that welcomes students from over 120 countries on to a range of undergraduate and postgraduate programmes across subjects covering, the arts and humanities and the arts, sciences, engineering and business. It’s UK-based students reflect the cultural diversity found locally.

The University started as a Mining Technical college and was later known as Huddersfield Polytechnic until becoming a University in 1992. Huddersfield is close to the cities of Leeds, Manchester and Sheffield, set in the rolling hills of Yorkshire, and based on a campus in the town centre with close integration into the local community.